There is an old saying that goes "An apple a day keeps the doctor away" which itself depicts that apples are considered a nutritious and healthy fruit. They are rich in flavonoids, dietary fibre, and antioxidants which contribute to heart health, reduce the risk of developing cancer, diabetes, and hypertension.

But, according to new research findings apples contain microbes and whether these are good or bad microbes depends on how the apples were grown.

According to a study published in the Frontiers in Microbiology, most of the microbes are inside the apples, but the strains of microbes depend on which parts of the apple (stem, peel, fruit pulp, seeds, and calyx) you eat. These parts contain distinct bacterial communities [1] .

The researchers have added that organically grown apples possess more diverse and balanced bacteria which make them healthier and tastier to consume than conventional apples. The types of bacteria present in organic apples are Methylobacterium, Zymomonas, Spirosoma, and Hymenobacter. And the types of bacteria like Acinetobacter, Erwinia, Pantoea, and Burkholderia are present in conventional apples. Significantly different abundance between microbiota of conventionally and organically managed apples was further calculated on higher taxonomic level.

"The bacteria, fungi and viruses in our food transiently colonise our gut. Cooking kills most of these, so raw fruit and vegetable are particularly important sources of gut microbes," said Professor Gabriele Berg from Graz University of Technology in Austria.

She further added that, "Putting together the average for each apple component, we estimate a typical 240 g apple contains roughly 100 million bacteria".

The results also showed findings on fungal communities in apples. Birgit Wasserman, lead author of the study said, "Our results agree remarkably with a recent study on the apple fruit associated fungal community, which revealed the specificity of fungal varieties to different tissues and management practices." 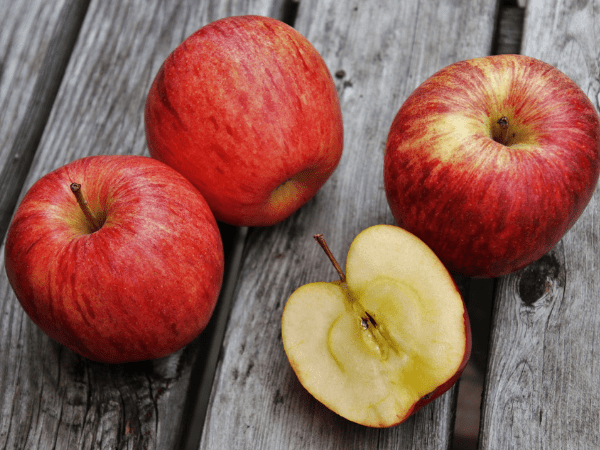