What Is Premature Ejaculation?

If you are climaxing sooner than usual, it is a sexual disorder called premature ejaculation. It occurs when a man experiences uncontrolled ejaculation which can be either right after penetration or even before that.

Though this isn't dangerous, when you ejaculate too soon, you lose erection and can't continue having sex. This could cause low self-esteem in men.

Men who have low levels of the chemical serotonin in the brain might experience premature ejaculation. Emotional factors such as stress, depression, performance anxiety, relationship problems, early sexual experiences, sexual abuse, and guilt feelings can increase your tendency to rush through sex.

Asparagus is a versatile vegetable and many nutritionists are talking about how asparagus can be used to mitigate the effects of premature ejaculation. This root vegetable has high amounts of vitamin A which helps in regulating testosterone and vitamin C which aids in increasing sperm count and improves the blood flow to your penis.

Carrots are rich in beta-carotene and antioxidants which help to improve your eyesight and maintain good skin. Carrots are good for premature ejaculation due to the presence of carotenoids and flavonoids which boost and strengthen the muscles of the male organs.

Watermelon is surely a perfect treat for summer, but, the juicy fruit also improves your libido as well. Scientists have found that watermelon can help with L-arginine production which can prevent premature ejaculation. It also contains a phytonutrient called citrulline which is known to increase libido.

Bananas are known for relieving constipation, but did you know that it can prevent premature ejaculation? No right? The fact is bananas contain an enzyme called bromelain which has been known to prevent early ejaculation and also increase libido at the same time.

One of the dark green leafy vegetables, spinach can help control premature ejaculation. It is because of the presence of folate, iron and zinc, which help in boosting sexual performance, thereby strengthening your penile muscles.

Ashwagandha or Indian ginseng is another food for treating the different symptoms of premature ejaculation. This ayurvedic herb also increases libido and improves brain power which allows men to control their ejaculation better and prolong their sexual intercourse. Ashwagandha also increases stamina and is effective in treating erectile dysfunction too.

Garlic is another food for preventing premature ejaculation as it helps in elongating the duration of your sexual intercourse without ejaculating prematurely. The cloves of garlic contain antibacterial and anti-inflammatory properties that aid in improving blood circulation in your body and also heat it up to enhance copulation.

Ginger increases the blood circulation in the body, especially the blood flow to the penile muscles. This enables men to have a greater control over ejaculation and heats up the body, causing faster blood flow. Honey is known to enhance the potency of ginger.

Almonds are known to strengthen weakened pelvic muscles by improving the symptoms of this sexual disorder. These nuts provide a large dose of vitamin E that helps in balancing the testosterone hormone as low testosterone levels can lead to erectile dysfunction which is a common cause of premature ejaculation.

One of the most common causes of premature ejaculation is depression. As depression hits you, the serotonin level in the brain is lowered.

Tryptophan is an amino acid that aids in the production of certain proteins, which further helps to increase the amount of serotonin in the brain. Turkey meat is an excellent source of tryptophan, thus consumption of turkey will increase serotonin levels and can help prevent premature ejaculation.

Cloves are another spice that is a powerful stimulant which works great for men because it increases testosterone when eaten in small amounts. A study 'effect of 50% ethanolic extract of Syzygium aromaticum (clove) on sexual behaviour of normal male rats' published in the journal BMC Complementary and Alternative Medicine showed that cloves can help with premature ejaculation by shortening your post-ejaculatory interval.

Who doesn't like chocolate? It's healthy and helps to improve your mood by lowering your stress. Dark chocolate can help manage premature ejaculation due to the presence of L-arginine and phenylethylamines. 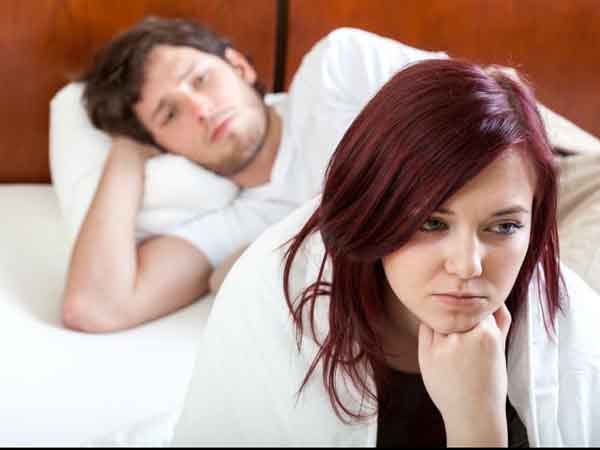 Also Read: 8 Reasons Why You May Not Want To Have Sex