World Diabetes Day is celebrated every year on 14 November to mark the birth anniversary of Sir Frederick Banting who had discovered insulin along with his assistant Charles Best in 1922. The day is celebrated to raise awareness on this chronic global health issue for its early prevention, as well as, support diabetics to manage the condition well and prevent its complications.

Diabetes prevalence is on a steady rise. As per a report published in the journal Elsevier, the number of people above 18 years and living with diabetes have increased significantly to 400 per cent from 1980 to 2014.

The study also adds that depressive symptoms or major depressive disorders are twice as prevalent in people with diabetes compared to those without the condition. [1]

However, having diabetes does not necessarily make you prone to depression, considering there are other factors too that increase the risk. 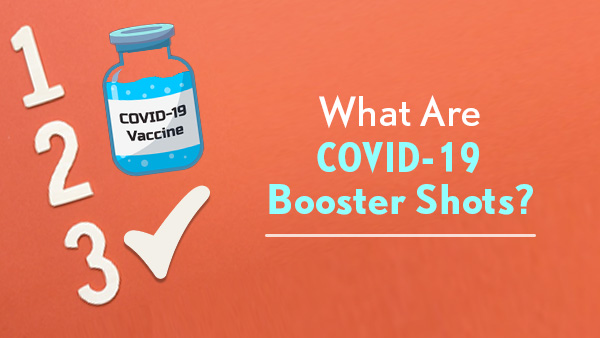 What Are COVID-19 Booster Shots? Will They Help From Emerging Variants? Everything To Know

According to a WHO report, people with both the conditions: diabetes and depression, are more likely to rate themselves with 'poor' health in comparison to people with only depression or only diabetes.

In this article, we will discuss an association between diabetes and depression. Take a look.

Why Are Diabetics Considered To Be At Increased Risk Of Depression?

This could probably be due to the psychological trauma that comes with the stress of getting diagnosed with a chronic disease that could affect their lifestyle for a lifetime. The tension of living an entire life with diabetes and fear of its complications often leads to depression in these people. [2] 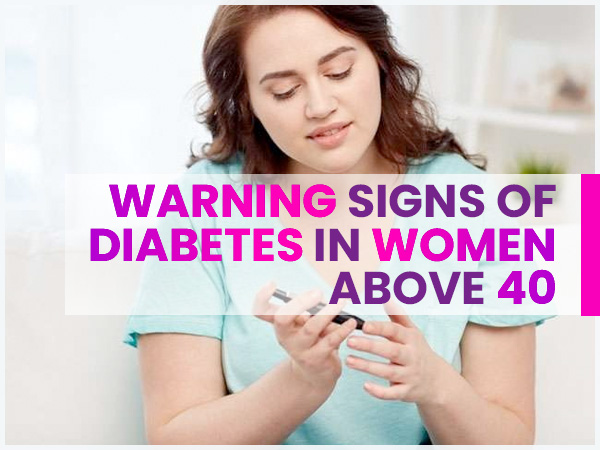 15 Warning Signs And Symptoms Of Diabetes In Women Above 40

Diabetes is a condition that causes hyperglycemia or an increase in blood glucose levels every day, unless managed by medications or proper diet and exercise. The elevated glucose levels in the body cause symptoms such as extreme thirst, frequent urination, sleep disturbance, weight loss, feeling of tiredness all the time, inactive lifestyle, very dry skin and many others, that often burden diabetics, leaving them irritated most of the time and making them depressed.

Diabetes-related complications are much worse than diabetes symptoms. It includes heart diseases, neuropathy, eye problems, kidney diseases, blood-clotting problems and even amputation of the legs, resulting in increased morbidity and mortality. This fear of complications affects diabetics from the beginning and keeps their mental stress high all the time.

Experts say that the fear and anxiousness of complications often takes diabetics more towards it, even if they are managing their lifestyle properly and are at decreased risk. [3] 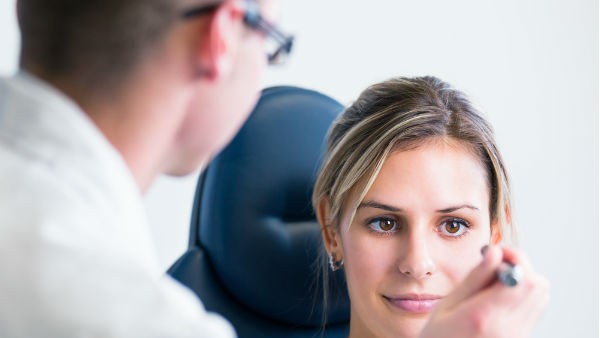 4. Treatment of the disease

As diabetes is a lifelong disease with increased prevalence, there are chances of an increase in the cost of diabetes treatment each year. According to a study, in 2017, the annual total on diabetes care in the US was around 327 billion dollars, which was around 2.3 times more than non-diabetics. [4]

Also, in India, the cost of diabetes medicines, diagnosis, transportation, consulting free and hospitalisation comes under direct cost fees, causing increased financial burden on patients themselves. [5] Thus, the cost of treatment and related stress increases the risk of depression in diabetics.

Note: In many diabetics, depression is developed as a result of a combination of one or more of the aforementioned factors. 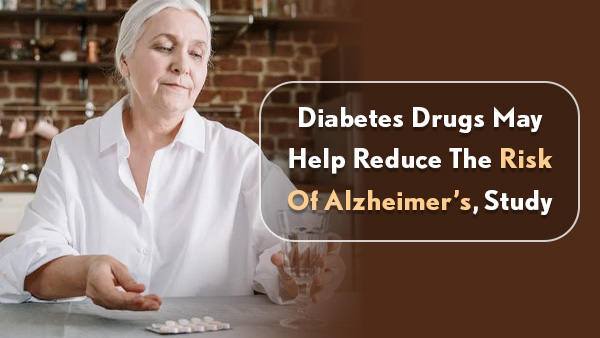 Some Diabetes Drugs May Help Reduce The Risk Of Alzheimer's, Study

How To Cope With Both The Conditions?

Some of the treatment methods to cope with both the conditions include:

What Is Serotonin Syndrome? Causes, Symptoms, Complications And Treatments

It is always good to talk to your medical expert during the initial stage on how you can keep yourself fit and away from depressive symptoms, especially when you have a history of the same. Also, stay in touch with your doctor at regular intervals and watch out for signs and symptoms of depression.

Is there a link between diabetes and depression?

Yes, many studies link diabetes to depression. This is because of some of the leading factors like psychological trauma, fear of complications and family history of depression and secondary factors like smoking and poor socioeconomic status.

What percentage of diabetics have depression?

High blood sugar does not directly cause suicidal thoughts, but may affect the physical and mental state of mind of diabetics and put them at a risk of depression, which if left untreated, can bring them suicidal thoughts. This could be more in people with a history of depression or any mental disorders.