The Second Solar eclipse of the year, will be witnessed, on July 02, 2019, according to Indian times and will not be visible from India. It can be seen from India.

Will There Be Any Negative Effects ?

Generally the negative effects are seen only at the places from where the Solar eclipse is visible, but as we know Sun is present everywhere, so, its effects also can be seen everywhere. Hence, some precautions must be maintained. We must avoid eating or cooking during a solar eclipse, we must not touch the Tulsi or Shami plant. We must not use sharp items, and pregnant women must avoid going out. Along with this, pujas and idol worship must also not be performed during the Solar eclipse.

Overall, the Solar Eclipse is beneficial for some zodiacs also and not for the others.

Though many beliefs go behind the occurrence of Solar Eclipse, for example, it is believed that Rahu and Ketu are responsible for causing the Solar eclipse. Rahuketu was one demon initially, who got separated as Rahu and Ketu when Lord Vishnu chopped off his head. Enraged by which he blocked the path of Sun God, Surya Dev, and this was named as the first Solar eclipse.

These Things Can Be Performed Only On This Day

The day is also known for donations. Again, it being an Amavasya, which is known for donations, charity done on this day proves more beneficial. Donations are significant for the peace of the ancestors as well as are dear to Surya Dev.

Those who have a Kaalsarpa Yoga in their birth chart, for them too the day holds importance. Important remedies for the removal of this yoga, can be performed on this day.

Along with this, chanting the following Mantras, on this day, is considered very fruitful.

These mantras can be chanted on the Solar Eclipse Day: 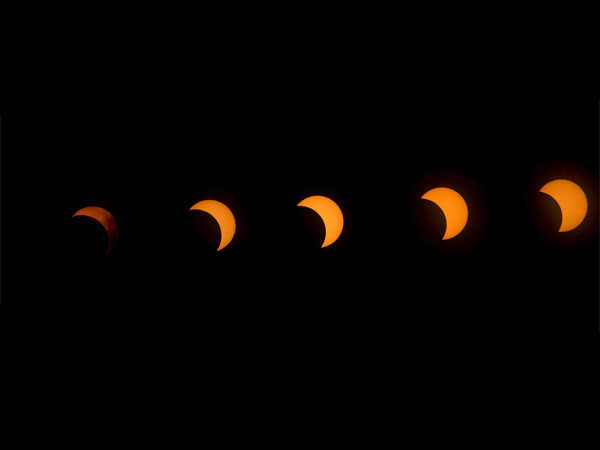 Were Rahu And Ketu Born On A Solar Eclipse Day